On their 2020 self-titled debut album, Luther Black and the Cold Hard Facts served up a compelling blend of rock, folk, country and blues while taking listeners along on a soul-searching journey through the eyes of singer-songwriter Rick Wagner.  “Great stories about wisdom gained from hardscrabble living, similar to Ray Wylie Hubbard, Guy Clark and Townes Van Zandt,” noted Americana Music Show. Wagner’s honest, plainspoken lyrics came straight from the heart with a nod to Outlaw Country’s founders Willie, Waylon, Johnny and Kris, delivered in a warm, gravelly voice that American Songwriter says “hits with a cool sincerity that is a genuine rarity in the modern musical landscape.” The songs dealt with traditional country music themes like lonesomeness, heartache and, of course, drinking. But make no mistake -- this is by no means a traditional country act.

The genre-busting sound is taken a step further on the follow up album Moment Of Truth.  The opening track “America’s Moment” is a sparse, cinematic sounding instrumental reminiscent of Ry Cooder. It sets a somber tone for an album rich with ethereal guitars, atmospheric strings, and a wide range of emotions and lyrical themes. But the mood quickly changes with the next track “Long Way To Go,” a mid-tempo, optimistic tune that is a blue-collar testament of perseverance, and a shout-out to the great Texas singer-songwriter Ray Wylie Hubbard.  “Ray’s song ‘Mother Blues’ has one of my all-time favorite lyrics, the line about keeping your gratitude higher than your expectations,” says Wagner.  “So I played on that a little.  Ray is one of my musical heroes, and also the king of name checks in his songs.  So I figured turnabout is fair play.”

The bluesy “Guilty” offers up a bit of twang as Wagner tells the tale of two people hopelessly in love. The hypnotic “Most Of The Time,” a cover of a Bob Dylan song from his 1989 album Oh Mercy truly captures the essence of this long lost Dylan gem. The track caught the attention of Rolling Stone when it was released as a single in May 2021, hailing it a Song You Need To Know.  It’s clear by now that Dylan’s influence is immense and the bedrock of Luther Black and the Cold Hard Facts’ sound.  The haunting, brooding rendition of this Dylan masterpiece sits nicely beside Wagner’s contemplative, nostalgic, hopeful and tenderhearted originals that make up the rest of the album. A stark profession of love (“Before I Stop Loving You”), lamenting the loss of innocence (“Take Me Back”), melancholy dreams (“Hold On To Your Dreams”), the political divide in America (“Alamo Way”) and being down but not out  (“The Rest Of My Days”) are a few of the topics Wagner writes about on Moment Of Truth.

Most of Moment Of Truth was written and recorded during lockdown, when Wagner retreated to his studio and arranged remote recording sessions with friends.  It is a much more personal album than its predecessor. “One thing the pandemic has done is it has given us a lot of time for reflection and putting things into perspective.,” says Wagner.  “I wrote a bunch of songs that I probably would not have written otherwise.”

The album concludes with a song Wagner wrote as a tribute to the late John Prine the day after the songwriting legend passed away.   “The morning after John Prine left us I was sitting in my studio, alone with a guitar and a melancholy feeling,” says Wagner.  “I started fingerpicking in a very Prine-ish way and somehow I summoned his spirit.  I decided then and there I was going to write an homage to him.”  The song’s soft, lilting feeling effectively captures the surreal sense of life during Covid as it recounts what we had and what we lost in the pandemic.  It features some tasty guitar work from Matt Wissler, who also adds mandolin to a few tracks.

“Matt is my secret weapon. Besides his incredible playing he is also my sounding board,” say Wagner, who also produced both albums. “I don’t know if I could have made this record without his input.” Wagner and Wissler shared a similar path before meeting at a jam session in a New Jersey basement hosted by a mutual friend.  Both come from Pennsylvania, Wagner from a small coal town and Wissler from the depths of Amish country.  Both moved to New York City to pursue their dreams before settling in the nearby New Jersey suburbs. As they bonded over their rural roots, shared musical experience and love of Hank Williams, it wasn’t long before the duo were writing and recording together.

For most of his career, Wagner had shunned the spotlight, instead playing bass as a sideman and producing other artists.  He built an impressive resume working with artists including The dB’s, The Silos, Hearts and Minds, Paul Collins, Emily Duff, The Swales, Storytown as well as countless bar bands. “I’ve always been content to be ‘just the bass player.’  I don’t mind lurking in the background, digging in to the groove and getting lost in the music,” he says.   “But one of the side effects of working with so many great songwriters is that little by little that rubs off.  Eventually I found myself with a whole batch of songs I’d written, so I decided  now it's my turn.”

Rick Wagner’s journey from a tiny Pennsylvania coal town to Greenwich Village to the New Jersey suburbs has had more than a few ups and downs, but he has lived to tell the tale.  His story of perseverance can perhaps best be summed up in the chorus of “59” from Luther Black and the Cold Hard Facts’ debut --  "I’ve been soaked by the rain/ been baked by the sun/ I’ve been cut and bruised, been royally screwed/ But my will can’t be undone/ I’ve travelled over mountains/ And I’ve crossed the seven seas/ It took 59 years getting here, and I ain’t about to leave." 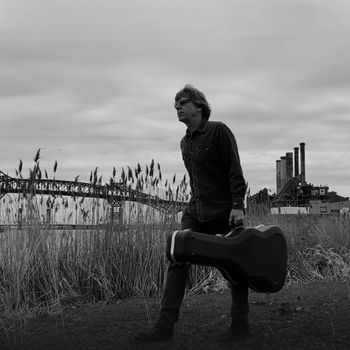 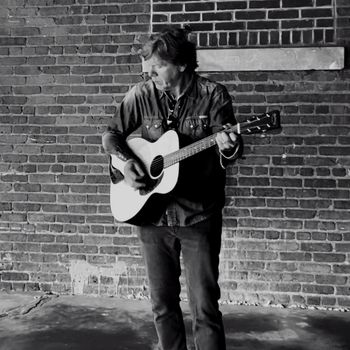 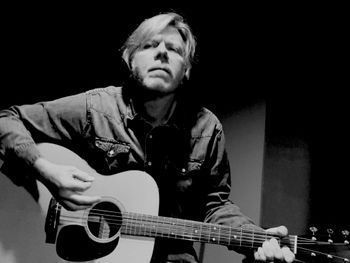 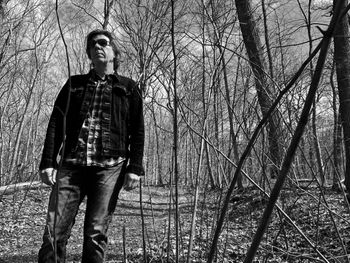 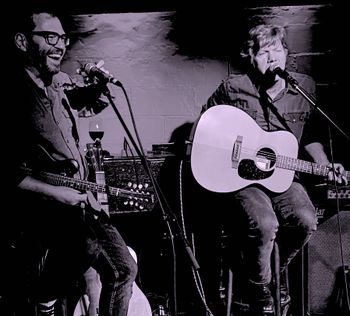 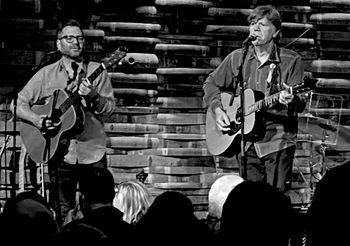